Get to know Paul Hudson

Back to Team Page 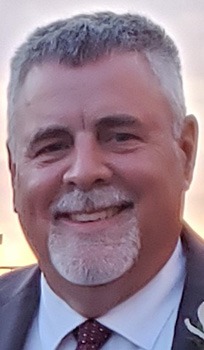 Paul assists our San Antonio-area clients as their advocate — by taking a personal approach regarding each client’s individual and specific Medicare needs.

Paul was born just down the road, in Victoria, Texas, but his father’s military career moved his family all over the world, finally settling in northwestern Florida. Paul graduated from the University of Alabama and received an Air Force officer commission, where he served a 21-year distinguished military career as a navigator on an air refueling tanker aircraft.

Upon his military retirement, Paul moved to northern Vermont to be closer to his children. He managed a successful business for over 12 years, helping small “mom-and-pop” businesses obtain low-cost, affordable disability, life and health insurance programs.

After marrying a Texas girl, Paul found himself back in Texas and eventually San Antonio. He met Stuart on a golf course in 2015 and has been with TLC ever since then. He holds an undergraduate degree in finance and a Master of Business Administration in management.

Paul and his wife have five grown children and 10 grandchildren. In his spare time, you’ll find Paul out on the golf course somewhere or enjoying his time as Papa.

Back to Team Page